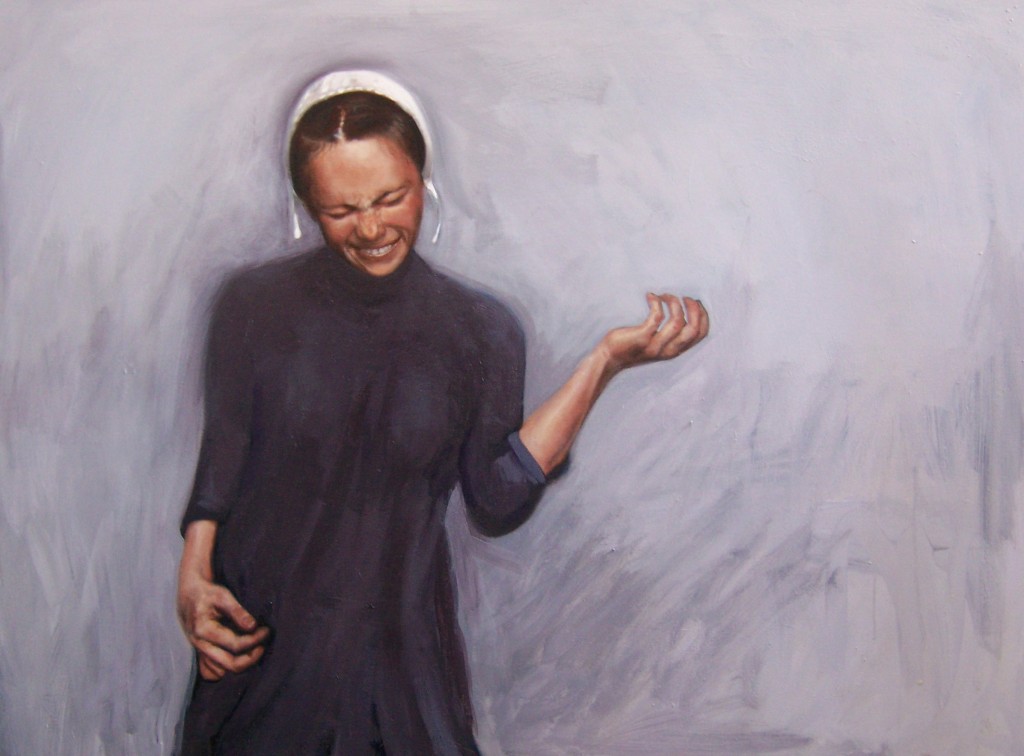 I’m quite surprised at the traffic caused by the last post – been the most read thing I’ve posted for a while, and that seems to suggest that the theme has resonated, though not all in agreement. I had a good chat to Jonny on the phone yesterday, who said he initially thought the post was a wind-up, and then that, if serious, it was ‘romantic tosh!’

Well, it wasn’t a wind up. Jonny’s point was that he increasingly feels that those who remain outside of institutions tend not to have the resources to change anything, and that they tend not to last either. He may have a point. My point was not meant to be a value judgement – more an observation that the trajectory of movement away then return was one that appeared to signify a ‘retreat.’

Moreover, I’m convinced that the attraction of ordination to those in leadership of emerging groups does have something to do with finding security. I’m less concerned with people simply heading back to church; more concerned about people entering the ordination process, which I find troubling – as Jonny has found out reading through ‘Other’ where I examine the birth-narrative of the priesthood. You’ll have to buy it to find out why!

At least two themes in the book are pertinent here. The cycles through which communities and organisations go through have been really interesting me, and I will talk about those later. But firstly, I think it’s really important to look at the process of maturation – how we grow up as people of faith and the different ways in which our faith is expressed as we mature.

In the book I look at this through the prism of Jesus’ temptations, and the connections with puberty and preparations for parenthood:

[One] perspective on the journey of maturation is that of the ‘two halves of life’, separated by some kind of public ritual which displays our movement from the first to the second half. This same basic journey is undertaken in virtually every culture on earth. Young men from the Maasai undergo circumcision as part of their initiation into adulthood, Bar Mitzvahs perform a similar function for Jews, and Australian Aboriginal boys spent months preparing for their full entry into society, with sacrifices and lessons on tribal law all part of the process. For some Christian groups baptism serves this purpose, and for some parts of groups like the Amish, this may be preceded by a period of ‘rumspringa’, where adolescents actually leave the community for a period to experience ‘English’ life – with all its sex, drugs and rock ‘n roll – before returning and taking up full membership of the church.

We can see an archetype here: it is precisely in the time around puberty, when we gain the biological ability to reproduce and become parents, that all cultures and faiths seem to demand a period of ‘excursion’, a time away from the host community, often in physically demanding conditions, to prepare themselves for the task of parenthood. As we have seen, this is the plot of countless movies and books, from Austen to Dickens: a young girl looking for her prince (or vice versa) must undergo a journey of sorts, a rupture, a move away from the family home, facing all sorts of trials before returning triumphantly and enjoying a wonderful wedding.

The gospel makes interesting reading through this prism: Jesus is born in miraculous circumstances and then, at a particular time in his life, leaves home, undertakes a journey with a band of followers, is frustrated, suffers, leaves the reader under the impression that he has died, but then comes back victorious to await his ‘bride’.

The question that I think is pertinent here: to what extent can the ’emerging’ phenomena be paralleled by this ‘rumspringa’? In other words, is it an excursion away from the institutions of faith – a temporary act of heresy that is then put away – or a more fundamental departure? In other words, can the Emerging Church ever be a mature ‘second half of life’ expression?

The point of the departures outlined above is that they appear to serve as preparations / ‘odysseys’ for parenthood. In almost all cultures they occur around the time of emerging fertility. So perhaps the emerging/retreat dynamic could be seen as a sort of necessary ‘rumspringa’  – a ‘dirty excursion’ before they return to the host community when they reach the time of ‘reproduction’ – in a spiritual rather than biological sense. To connect with Jonny’s point above – it’s only on the return to the institution that people can really give birth to something significant.

While I think there is something in this parallel, I don’t think the archetype outlined above necessarily fits well with the emerging situation. Why? Because the institution we are talking about is seriously dysfunctional – and one only need read the comments in the previous post to hear that clearly. So this is not about the prodigal son going away and coming back to his good home. Here are prodigals with genuine issues about a dysfunctional family life, and what should be done in response to that.

In many ways these excursions outlined above can actually serve to reinforce the dysfunctional institutions that send them, rather than reinvigorate them. The Amish are a good example of this: sudden exposure to ‘English life’ sends those who can’t cope running back to the fold even more committed than ever to not breaking out from it, and often more committed to return to the familar – if even dysfunctional – practices that they are used to.

So when people are returning to the institution, as I think they are when it comes to new forms of ordination, I think the key question is the form of maturation that this signifies. One could see it in a positive way – that people have their rumspringa and then return to the nest to become spiritual parents. Or one could see it less positively – people return to the nest because the fear of actually giving birth to genuine newness is so profound.