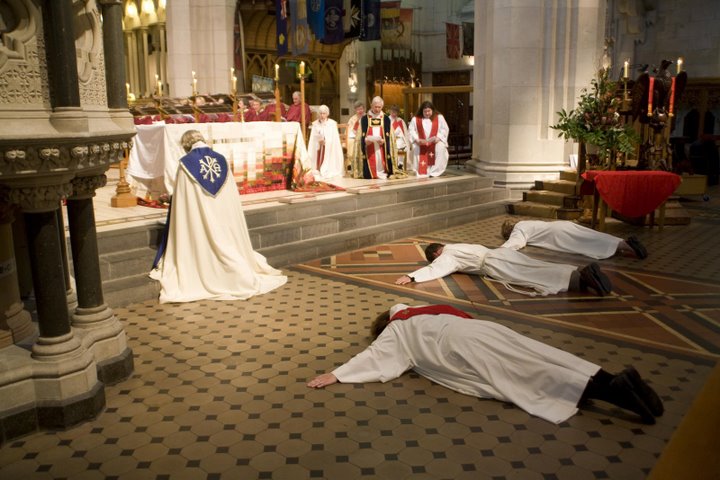 I’ve been thinking over the previous post, and over the conversation I had with Barry Taylor on Saturday about the state of things, and a thought keeps returning to me: there seems to have been a retreat to the institutions recently.

I want to be very careful here, partly because a) I have many friends who have taken or who are about to take this path and b) I don’t want to claim a hugely wide knowledge either of the forms that are being created nor of the wider landscape of Christian within which they are happening. However, I have a niggling sense of a general change in trajectory for the ’emerging’ movement in the UK, and wondered if this resonated with anyone else.

I know that Jonny Baker has been working with CMS on new modes of training, and I’m keenly aware that I don’t want to criticise the good stuff they’re doing – I just find it interesting that after a period when people seemed set to leave the old structures behind, there has now been a move back towards them.

An alternative reading could be that the institutions have ‘caught up’ and are now offering styles of training and inclusion into formal leadership that were previously unavailable. My concern is that this could be a political move on the part of the powerful: they can’t afford for a generation to up sticks and leave, so they find new ways to hold on to them, offering certain compromises in the knowledge that once they’re ‘in’ they can be ‘in-stitutionalised’ – made part of the firm.

When times are hard, and my sense is that after a period of energetic pioneering things are seeming harder, the retreat to what is familiar is tempting, especially when that offers financial stability, job security and a fuller sense of personal worth.

I’ve addressed some of this in ‘Other‘, and will try to follow this post up with one looking at one of the models that might explain some of this, and how it might offer a way forward too, but in the mean time I’d be interested to know the extent to which people agree or not.