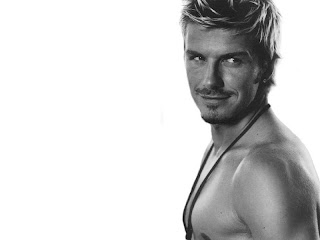 Very interesting story creeping up the ‘most read’ lists on the BBC today: David Beckham stopped to help someone who’s car had broken down on the A10.

The man blessed by this appearance professed to be ‘in absolute awe’ that Beckham himself had stooped to help him when his Nissan Primera broke down:

He asked if we were OK and I said: ‘David Beckham, I love you, mate’. All the way through he was smiling.

This, it seems, counts for news, for the man was subsequently interviewed on Radio 5Live, and the story, as I’ve said, has been put on the BBC News site.

So why blog about it? Well, I think that this is symbolic of a couple of things. Firstly the triviality of so much of our ‘news.’ The pressures of the 24 news cycle demand new stories, and this sort event – which is utterly insignificant – suddenly has airtime.

Secondly, I think it suggests something about our news consumption. I’m finding that I’m reading less and less news online, simply because it’s become so tiresome trawling through the banal and ridiculous every time I log on. Better to wait for a properly edited news bulletin in the evening where the dross has had time to boil off.

But thirdly, I think it says something about the extent to which we have become unhealthily infatuated with celebrity. Jonny blogged recently about Pete Ward’s new book Gods Behaving Badly, which looks to be a fascinating exploration of the way in which celebrities have replaced the divine in our lives. And looking that the comments the driver made above, this serves as a perfect example of that. He has experienced a ‘visitation’ from someone beyond, and will tell the tale in awe to his grandchildren.

The conversation about celebrity is at its heart a conversation about the possible self – who am I and who do I aspire to be? Madonna, Paris Hilton, Tiger Woods, Princess Di and Michael Jackson turn out not to (just) be trashy but to be an arena in which contested notions of what it means to be human are being negotiated. Ward suggests that theological language and themes are at play in the conversation but transcendence has collapsed into the self – a sure sign that notions of the sacred are shifting.

Looks like a good read. More fulfilling than what counts for ‘news’ at the moment, anyway.