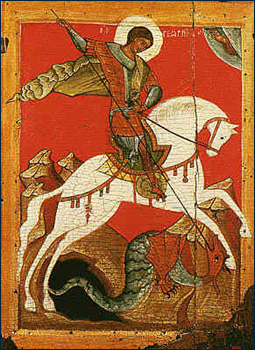 Interesting piece on the Today programme this morning, re-visiting the constituency of Smethwick – a safe seat in which was notoriously won by the vile Conservative candidate Peter Griffiths in 1964 following his campaign which ran under the slogan ‘If You Want A Nigger For  A Neighbour, Vote Labour.” Smethwick reacted to chuck out the safe-sitting Labour candidate over their fears about people of other ethnicities – who ‘didn’t live like us whites,’ though Griffiths was told to be expect to serve his time in Westminster as a ‘political leper,’ – something that enraged Labour MPs to sign a motion that this was “a cruel and unmerited slight on lepers.”

On this St George’s day John Humphrys explored what was going on in Smethwick now, over 45 years after that campaign, and found a hugely diverse community… that still had huge worries about immigration. A Sikh – who’s grandparents had moved to Smethwick many years ago – was particularly interesting. He was quite clear: he didn’t want ‘the floodgates to open’ and for loads more immigrants to come in. Why? Not because of the colour of their skin, but because they would take jobs away from British people like him. “Thank goodness,” Humphrys concluded, “we can talk about the issue of immigration without being accused of racism.”

I agree wholeheartedly – it’s wonderful that the foul days of racist language in mainstream politics are over (though they remain very close to the edges). But I was uneasy about the conclusion drawn here, especially with it being St George’s day and thus a celebration of all things good in this fair and pleasant land. My concern is this: once we have accepted that there is just one human race – that colour and creed are no matter and that we are all created equal – then why the tacit acceptance of the economic inequality that still rages? If people are coming to this country because they want a better lifestyle, they want their children to have a good education and better prospects in future, why should we close our doors to them? To me it still smacks of the injustice of Empire: we pillage other lands to make ourselves hugely rich, but then deny those who made us rich the opportunity to share in that wealth. It’s a sort of economic racism: it’s become unacceptable to judge people on the colour of their skin, but remains acceptable to judge them on their economic means. Let’s be clear: rich immigrants have no problems coming here.

I’m not suggesting that there should be no controls on movements of people. I am suggesting that we need to work far harder to improve the lot of people around the world so that inequality is minimised. As we celebrate St George’s day, let’s not forget that this Palestinian Roman soldier turned Christian martyr who stood up for his minority beliefs against the ruling elite is also the patron saint of Catalonia, Ethiopia, Georgia, Greece, Lithuania, Palestine, Portugal and Russia. So perhaps our thoughts ought not to be of white people or warm beer or cricket. But of fairness, of standing up for the oppressed, of celebrating with Russians, Ethiopians, Greeks, Palestinians and others and committing ourselves to overcoming all prejudice, whether that be to do with race or economic means.