One of the things that’s been on my mind in the wake of recent political events is the vital importance to liberal democracy of a genuinely independent and critical free press. It strikes me that if we want a free press, we’re really do need to be willing to pay for it.

In Raoul Martinez’s Creating Freedom – a book I’ve talked a bit about here recently, and recommend again – he writes very convincingly about the media, and the new pressures it is under: 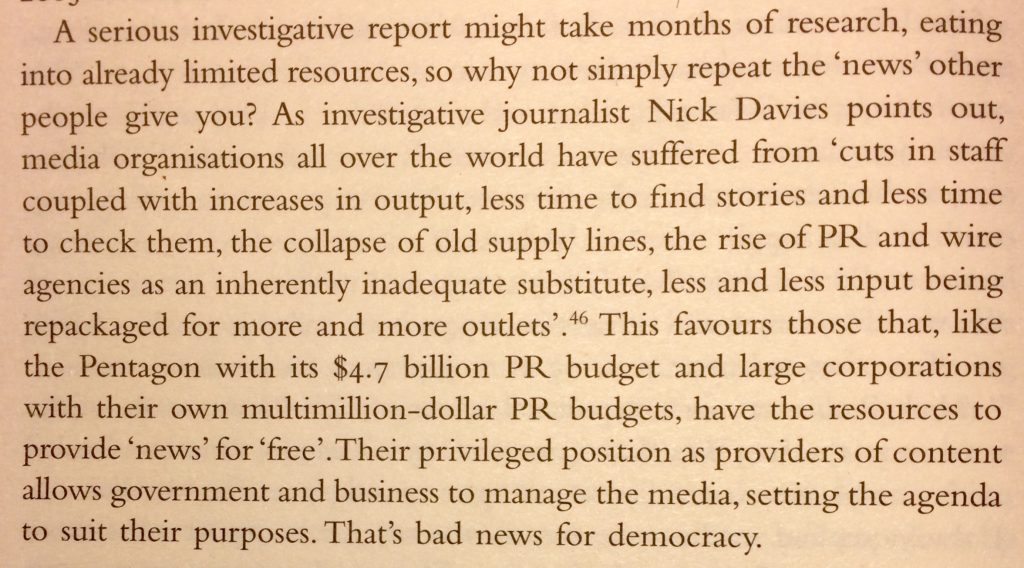 Clearly, the more we demand a cheap press, the more that that press has to rely on advertisers. And that has never been a one-way relationship. Why would it be? Martinez quotes demands made by Proctor & Gamble to television companies who wanted their ad money: 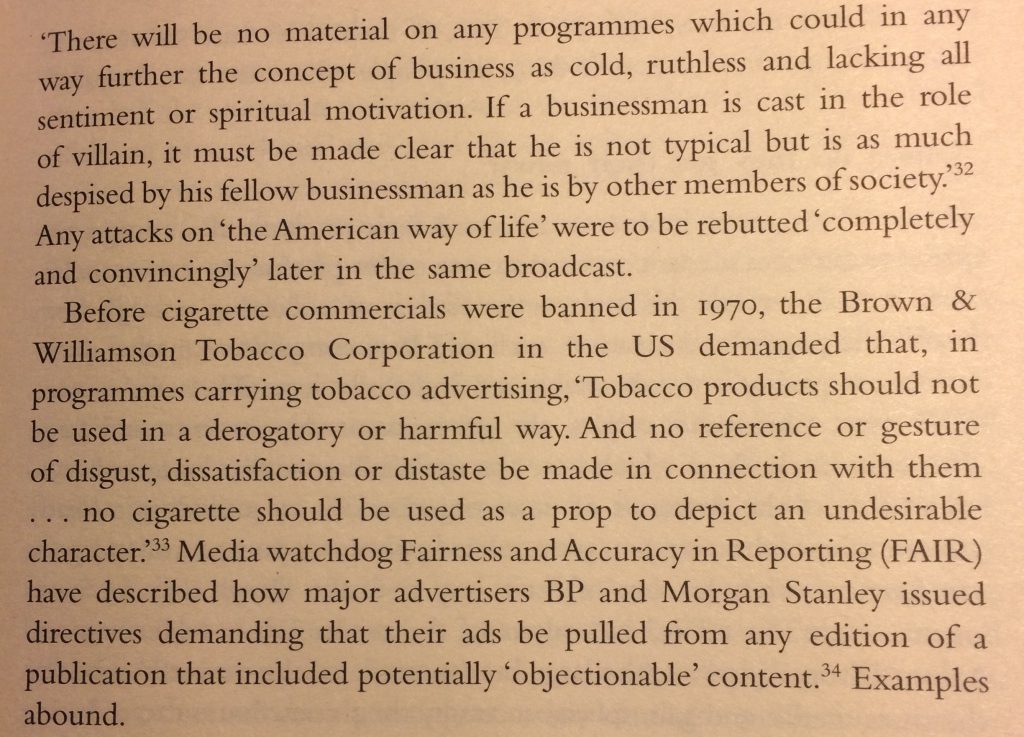 So, in the interests of freedom, I’ve decided that free has to stop. It’s not up to me to tell anyone which press they should pay for, but I for one am now paying a monthly amount to support a reputable news outlet, to give them a fighting chance against big business, to give them a hope of investing in reporting that holds the powerful to account. And I’d encourage you to think about doing the same too.