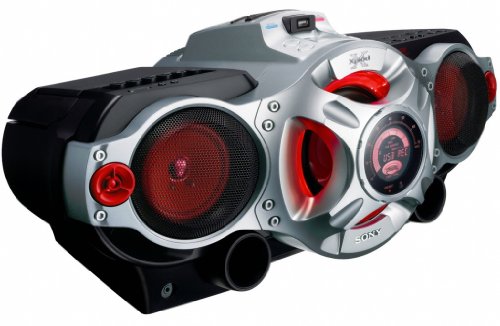 Over the past week or so there’s been quite a bit of coverage given to Neil Young’s announcement at SXSW of a Kickstarter to raise money for the ‘PonoPlayer’ – a super-hi-fidelity music player that hopes to rival the iPod, and blow people away with the quality of music reproduction.

Aside from my opinion that some of the funds should be used to find a better name (I mean, Pono? Really) – I do wonder if this product is really going to find any market. Why? Because we no longer live in a Hi-Fi world. In fact, most of us never have.

When I was 16 I blew pretty much every pound I had on a stereo system. This was 1988. I was serious boy, wanting to mimic my older brother and his aural sensibilities. Swayed by his influence, I eschewed the vast boxes of black plastic from Dixon’s and shyly pushed through the very grown up and imposing doors of my local Hi-Fi shop. Here, surrounded by excited men who talked impedance, wow and flutter, I spent £700 on an amp, a set of speakers and a CD player. That’s about £1400 in today’s money, and, in terms of my naivete, the conversation wasn’t too far off this classic Not The Nine O’Clock News sketch, featuring a very young Rowan Atkinson and Hugh Laurie:

My brother was suitably impressed. I’d put my money where his mouth was. I was in. We were Hi-Fi.

As I gradually spread my wings I was shocked to realise that he and I weren’t the sophisticated norm. I’d just spent all my savings on being an anomaly. This is the problem PonoPlayer faces: quality isn’t really where it’s at, and it never really has been.

For most of my friends, through the end of school and out into university, music was not a refined dish. Rather than focus on complex and subtle combinations of flavours, the governing principle was raw strength. Our corridor’s Bologneses came with upper cuts of garlic, our con carnes with uranium grade chilli – and the music we ate to was similarly skewed to the max, normally with the aid of a button supplied by the Sony Corporation. Regardless of genre, just turn up the MegaBass. It seemed to make it sound amazing.

Decades later, we now see the same issue in photography. If MegaBass gave us distended graphic equalisation then Instagram has done the same for our photos. With filters ramped up to 11, we convince ourselves that we’ve got something ranking alongside Rankin.

That is, until it comes to printing it out. Perhaps you’ve tried it: taken the most gorgeous Instagram on your sophisticated, retina-display smartphone and tried to blow it up to A4. The pixels don’t survive. What seemed so perfect is now a grainy mess.

Similarly, while MP3s might sound incredible on the night bus through a pair of expensive, heavily branded headphones, they don’t survive attempts to scale up to fill a living room. So in this Neil Young is right: your iPod is not Hi-Fi. The problem though is that, while the raw files of Ponoplayer might attempt to be, they are unlikely to end up as such by the time they reach your ears.

Tragically though, we don’t live in a world that cares much for Hi-Fi, nor perhaps ever have. Blasted with constant strong sensations, our graphics have been unequalised, our taste buds skewed. So used to extreme contrast and thumping low ends, we’re unable to know quality when we see or hear it.

Instagram and iPod are the chilli kebab of the digital world, but through familiarity we accept them as culinary sophistication. The iPod looks incredible, it looks likes fidelity, and, with the background noise of everyday life, this mask rarely slips.

What Young is proposing is a portable player that actually is more Hi-Fi. Unfortunately, lashed with the chilli sauce of everyday hubbub, and consumed by a generation brought up on Instagram’s over-done filters, I’m not convinced it’ll be worth paying for its Cordon Bleu credentials.

So what of me and my brother? I had dinner with him recently, a decent chicken curry. We sat at his kitchen table, listening to tunes played via his Blackberry, over a BlueTooth speaker. Though blind tests have suggested people can’t tell the difference, perhaps we’ll hear Pono and repent of these aural transgressions. Perhaps. More likely we’ll lament the lack of time and space to sit back and really listen any more, without the chirruping interruptions of filtered photos of someone else’s remarkable looking dinner.