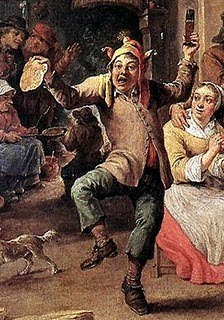 Pancake Day falls this coming Tuesday in the UK… thought I’d post a few thoughts about its origins, and how we might use them to think beyond…well, munching loads of pancakes.

Like so many traditions over here, Pancake Day has some origins in the Christian calendar… Shrove Tuesday, as it has historically been known, is the day before the 40 days of Lent begin on Ash Wednesday. Lent is the 40 days leading up to Easter, and is thus the period of time where Christians have traditionally spent time reflecting on Jesus’ approach to his death. In a non-linear time-shift, this is paralleled with the 40 days in the wilderness that Jesus spent fasting and praying before beginning his public ministry.

So Shrove Tuesday – Pancake Day – was the day before this period of fasting began. And that meant that all the fat and eggs and oil and rich food needed to be used up…hence pancakes. They are a chance to get stuffed before the lean 40 days set in.

In colonial French cultures this has become Mardi Gras – ‘Fat Tuesday’ – and so the huge Mardi Gras parades we see in New Orleans etc. carry this common root: it’s a big blow-out before Lent begins. One last chance to get some big sins in before things get serious. In more Hispanic cultures the same thing is expressed in Carnival – Carne-Vale – ‘goodbye to meat’ – as rich food like meat was not eaten during Lent.

But in amongst all the raucous parties, there is something more significant going on, something more than debauchery. The period between Christmas and Easter has historically been carnival season during which the ancient festivals such as the Feast of Fools were celebrated. Town fools were elected as mock Popes, and people generally made fun of Church officials, even parading them around on carts and throwing excrement at them. (This is something I write about in much more detail in The Complex Christ / Signs of Emergence.)

If you’ve read Mutiny or Other you’ll recognise that these ‘dirty’ festivals were TAZ moments, where new worlds were, for a short time, acted out, and where reversals of hierarchies and structures were enacted. These Christian moments of dirt work, of a filthy celebration everything turned upside down, are reflections of even earlier festivals like the Roman Saturnalia, where, for example, slaves were served at table by their masters.

It is often too easy to miss the power of a TAZ moment. With loud festivities and people letting their hair down the eye can too easily be drawn to the surface-level mayhem – just as it might have been at the wedding at Cana, or in the feeding of the 5000. But these carnivals have strong political undercurrents. That slaves could, for a moment, act out their freedom, gave them the imagination and energy to work for true freedom.

Carnival, done properly, is a celebration of a better future. But the Lent that should follow it is also important: a sober reflection on what needs to be done, of what a ministry of justice and working against oppression might look like.

In other words, as the pancakes spin there are deeper revolutions that should be at work. I for one will be trying to get my kids to reflect on what needs turning upside down, and how we might have a ball acting that out – but then spend some time considering the material changes that might be needed to make it really happen.