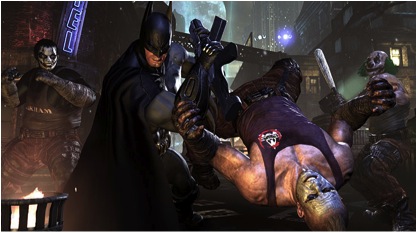 Such a disappointment to read The Guardian’s ‘most anticipated titles of 2011‘ and find a gallery of the usual FPS mayhem. Disappointing because I get video games, I think. I admire the potential that they have. It’s just that they inhabit such a narrow range of stories that, while doubtlessly exciting, are really rather repetitive and boring because, despite all the talk of AI, the characters don’t learn.

It’s something I touch on in ‘Other‘:

The final tragedy of the online worlds we so often inhabit, the war games and final fantasy battles we participate in, is that – under most current gaming systems – these characters learn nothing. Enemies appear and must be killed, mutilated, ended. ‘An enemy is a friend whose story you have not yet heard’, the saying goes. But this is not an option. Writing in the American literary magazine The Believer, Heather Chaplin summarises the problem well:

Comparing this with more traditional story forms, she continues:

Somehow, we must make sure that empathy for the other and concern for the human condition are important in this undoubtedly digital future we are heading into.

Aren’t there some different stories that can be told? Or does the interactivity of the medium and the urge to be faster and more graphic lead inevitably towards violence? Gaming seems stuck to me.