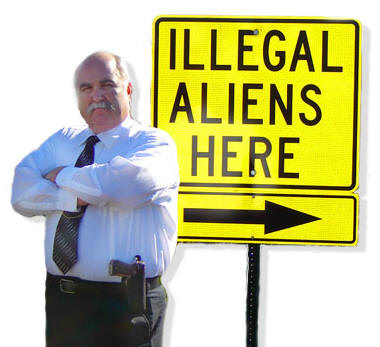 In a documentary to be shown shortly, Stephen Hawking has suggested that:

a) alien life almost certainly exists in other parts of the universe, and

b) it will probably not be friendly.

If such life is found, or finds us, I think it will have a profound effect on our idea of ‘the other.’ In other words, the problem that alien life will present will be the problem of empathy. How will we react to this new life? If we cannot communicate easily with it, what will our default response be – attack or engagement?

Our fascination with all things alien is interesting. Humanity has always had a fetish for the exotic, for the different – and this accounts for the entire tourism industry: we go to foreign lands to experience difference. And what could be more exotic, more ‘far out’, further from our normal experience than space-aliens?

To paint with broad brush-strokes: the conservative response will be to encourage you to get rich. Money will insulate you from the alien. They’ll be ok as some of the wealth will trickle down… The more socialist response – and that isn’t a dirty word by the way! – will be to systemically share wealth more broadly so that all can benefit. One fetishises the difference and creates a wealth-energy from it; the other aches for differences to be overcome.

A conservative vote is, I believe, a vote for the self. It may still believe that others can benefit if I get rich, but I simply don’t buy Cameron’s ‘big society’ schtick. A vote for Liberal Democrat or Labour is a vote not so much for the self, but for the good of the whole.

In one sense I’d be glad if alien life was discovered, because it would likely pull humanity together. Interestingly, one of the best arguments for vegetarianism I’ve heard is that a highly intelligent alien life form would probably see us humans as ‘dumb meat’ – in the same way that we see cows and sheep.

Hawking is himself profoundly ‘disabled’ – and one wonders what alien life might make of him, and discard him as broken and useless. Knowing otherwise, hating that aliens might dispose of such a great mind, we need to expand our empathy to those who are locally ‘alien’ and reflect very carefully on how we ought to vote for the good of everyone.