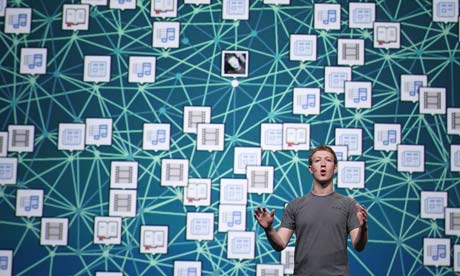 The novel manuscript I’ve been working on is based in a school (not the one I currently work in) and I’m planning to be posting some tangential thoughts on education and teaching over the coming months.

One of the key issues I’ve been reflecting on is the problem of measurement. In a busy, economy-driven society, the pressure is to find one number, one ‘key indicator’ that can tell you all you need to know in an instant.

Measuring outcomes in education is at the heart of the battle for the kind of educational system we are going to have in England and Wales. I suspect that the issues here resonate with people working within other systems. One of the key changes is that Michael Gove is ending any ongoing assessment – meaning that the only measure of how a kid is doing will be on a final paper. Two hours to show what you can regurgitate in pressured silence from 2 years of study… and the grade you get will affect your ability to access further education for life. It’s like training for two years, getting rid of the games and deciding the World Cup on one penalty. It’s regressive and unfit for a digital world based on collaboration.

But Gove is not alone in his obsession with metrics. Earlier this week I was at a meeting where the idea of student satisfaction questionnaires was discussed. The idea was that you gave students (some as young as 11) a chance to fill in feedback from a lesson, giving grades across a range of questions. We’ve all done it – been to courses and been asked to fill in feedback forms. But I think there is a fundamental problem here, which was helpfully highlighted by a post I read about on ‘demetrifying Facebook.’

Benjamin Grosser has developed a browser plug-in that removes the numbers from your Facebook page. Here’s an example of how things are different before and after using it:

Note – we still get to see that there are comments, that people like the post and have shared it – and some sense of time. But there are no numbers. There are no ‘key indicators.’ Why is this important? Grosser comments:

As a regular user of Facebook I continually find myself being enticed by its endless use of numbers. How many likes did my photos get today? What’s my friend count? How much did people like my status?

I focus on these quantifications, watching for the counts of responses rather than the responses themselves, or waiting for numbers of friend requests to appear rather than looking for meaningful connections.

In other words, these numbers lead me to evaluate my participation within the system from a metricated viewpoint.

This is the key: ‘watching for the counts of responses rather than the responses themselves.’

I’ve written recently on how technology does two things: it performs an act of revelation, but also serves to enframe us. Numbers, mathematics – these are, in a root sense, a technology, a tool. So numbers do work to reveal, but they also enframe.

This is what we see with measurement and metrics. We see the ‘comments’ count – but then fail to fully engage with the actual comments. The numbers become more important. They are simple, blunt and a quick fix of validation. Yes, Klout, I’m talking to you.

Facebook is one thing, but the parallels to education are striking. In the meeting I was in what was effectively being proposed was a metrification of a complex and delicate ecosystem. A classroom is a dynamic and non-linear environment. Learning is not simple, is not the transfer of buckets of facts from one head to another. Teacher and students arrive dressed in all that their day has thrown at them. A one-off observation by an inspector can never get to the heart of the complex learning relationships and subtle nuances of body language, humour, history, context and particularity that are the invisible, immensurable heart of any lesson.

To impose a feedback form onto this risks ‘watching for the counts of responses rather than the responses themselves.’ Asking students to quantify will give some revelation – there will be data which could be informative. But it will also serve to enframe, to change the way in which the relationship is viewed. And it’s this that some seem to be blind to.

By creating a ‘key indicator’ you subtly change the game because the key indicator is bound to become the first thing people read. Like league table positions. And exam grades. And friend counts. And numbers of likes. Numbers create a tyrannical regime because their crudity is so tempting – one digit will tell all! – but this crudity then burns away the nuances that existed before them.

In other words, there are non-metric feedback systems in place for my classes already. They are conversational, relational and not easy to put a number on. But that is their strength. And that, I wonder is one weakness of the social network systems that we use: they are highly metricised. The numbers they give us are great for a dopamine fix, but potentially destructive of quality engagement.

But this problem of obsessive measurement goes way beyond classrooms and computers. It risks pervading all that we do, becoming the primary way by which we judge our worth and the worth of others.

Which is a long way of saying something I tweeted the other day:

Here’s Benjamin Grosser talking about Demetrifying Facebook at an Institute of Network Cultures event in Amsterdam: