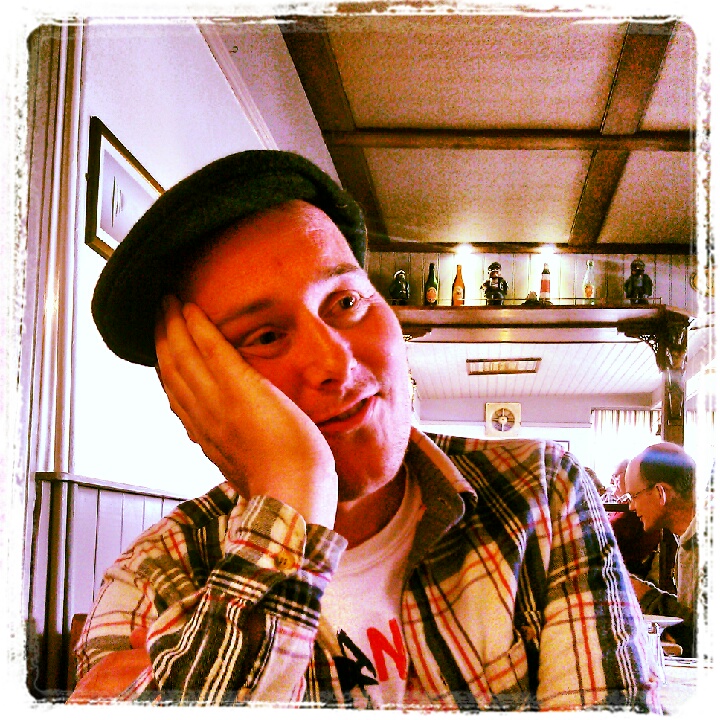 As you may have read, my very dear friend Nic Hughes passed away last week. He was diagnosed with cancer of the gall bladder, with secondaries in his liver last December (see his very moving post from 18th June via link above.) The metaphor of ‘fighting’ cancer is a troubled one, but he fought hard and won many battles – physiological, personal and metaphysical. In the end, he lost; we all do.

It’s too easy to valourise the dead, but Nic was truly an extraordinary person. Thinking about his funeral this Thursday, I jotted down the following:

He was a designer who pushed the boundaries of his field into new, uncharted areas, creating spaces that others will now go and build amazing things from – and we have seen that in the incredible tributes that have come in from his peers, leading members of the design community.

He was, though he would be pained to admit it, a wonderful theologian too. A man of immense theological courage, who journeyed far beyond comfort in his desire for truth. I can truly say that I have spent years trying to keep up with him. He said a few weeks ago, ‘I am a library on fire’ – and it has been a huge privilege to talk and talk and talk with him these past few months, leaving me with countless leads to follow up, books to read and ideas to probe.

It was with Nic that I started the Vaux project that formed and informed so much of my journey over the past 15 years. It was he who gave me the courage to think beyond orthodox norms, and insisted on ‘contaminating’ every discipline with ideas from other disciplines.  He was, in short, a dirty bastard, and I mean that in the best possible sense. 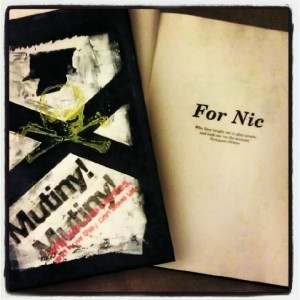 For all these reasons, and simply because he was a true friend, I dedicated Mutiny! to him when I published it earlier this year. He had #1 of the limited edition hardbacks I produced. The ideas in the book do owe so much to the conversations we shared, and paths we explored.

One of the things I committed to in self-publishing Mutiny! was to put it into the public domain for free when I’d made a little money back on it – basically as a way of modelling a different form of copyright, one that works for the producer, but also enriches the commons too.

We’re getting close to that point, but before that happens I thought it would be fitting to have an intermediate period where all the money from sales goes to a trust fund that is being set up to support the young twins that Nic leaves behind.

So if you want to read a great book inspired by an even greater person, and do something wonderful to help make life a tiny bit easier for two great kids, then please buy a copy or 10. It’d be so much appreciated, celebrating the memory of one who will not be forgotten for many many years yet.

Paperback from Lulu or Barnes and Noble

What they’ve said in reviews:

‘One of those rare books that a reader keeps thinking about and struggling with long after the book itself is finished.’

‘Mutiny is a stimulating, entertaining, and ultimately profound meditation on what – surprisingly – pirates can teach us.’

‘Groundbreaking and refreshing… indeed, it’s unlike anything I’ve read.’

‘Brilliantly riffs and mashes across the literary genres, like some anarchic librarian – trying to see what Peter Pan, Star Wars, The Odyssey and the parable of the Prodigal Son look like on the same shelf. The answer is profound and one that, as soon as you have read it you want to go back to the beginning to make all the links that were present in the text but absent from the naive first pass.’

Thanks in anticipation P-)

PS – if you want to give directly to the fund, do get in touch via comments here and I’ll get you details.