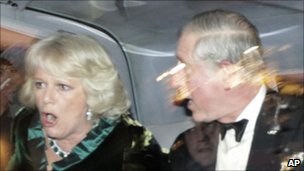 In the previous two posts I’ve been trying to tease out some of the issues being engaging ‘the other’ – especially the problem of there being ‘other others’ who we may not have considered when we act.

One response to the exponentially expanding series of others is to do nothing – the other, as I outlined in the last post – is to throw ourselves into things so completely that we just end up burning out.

What I try to do in Other: Loving Self, God and Neighbour in a World of Fractures is find a third way between inaction and burnout, which I call the ‘symbolic life’ and explain in terms of an interesting problem in Mathematics:

In the face of such huge global problems like climate change, international terrorism, religious extremism, poverty, obesity, racism, mass immigration, urban blight, gang warfare, teenage alcoholism, alienation, addiction and depression, one wonders if it is ever worth acting at all. With such a list of problems ranging from the world-wide through to the national, provincial, local and personal, would it not simply be better to blinker our eyes, stupefy our minds, log on and tune out?

There will be those who claim that nothing can be done in the face of such a multi-faceted crisis: there is no society, there are only feint shadows of community left in our towns, fading traces of once-deep relationships and deeply-rooted families. One might as well live for the moment, and live for oneself. I believe we must ignore those voices, though it is true that the situation we face is complex.

There is a well-known question in Mathematics called the Three Body Problem. The trajectory of one body, the future path of one particle with a given mass and initial velocity, can be calculated easily. The interaction of two bodies – a hypothetical moon orbiting a hypothetical earth – can also be calculated without much difficulty, and the paths that they will follow be predicted with some certainty. But the simple addition of a third body causes the problem to spin into total incalculability. Given just an earth, a moon and a sun, each with a mass and initial position and velocity, the future trajectory of these three interacting bodies cannot be calculated. There are simplifications and special cases, statistical analyses and algorithms that allow us to guess the tides and seasons with some confidence. But there can be no solution.

Love God, love your neighbour, as you love yourself. God as sun, me as ground and you as just one, orbiting other… Just the three of us form a system so complex that not even all man’s mathematics, nor the machines he has built can calculate with certainty if we will collapse into one another, spin endlessly apart or settle into some periodic stability.

Yet, even more than this, we live in a universe of near infinite bodies. The complexities of the three-body problem pale into insignificance as more than 6 billion of us interact in this worldwide asteroid belt of varying gravities, weights and velocities. So in this sense the sceptics are right: there can be no calculation. The system is too complex. My movements, me, a single body in a swirling crowd of billions, are too small to matter, to crowded with complexities to compute.

To the materialist eye, this is all that can be said. But for those of us who refuse to collapse the paradox of our existence into simple material facticity, or inflate it with vain hope of total transcendence, there exists an in between place, a temporary, generous, heretical, artistic, loving, transforming place where the differential calculus does not reign, and where five loaves and two small fish just might equal a meal for thousands. It is a place away from the hard and calculating cartography of the empire, a place beneath the maps where the normal laws do not apply, and a where a merry life of piracy and risk can be enjoyed, if only for a short while.

What this means is to live a ‘symbolic life’ – not pretending that my great actions will save the world, but neither rejecting the possibility that actions can change things:

We should not to fool ourselves that we will be heroes, whose great actions will save many. Rather, we must aim to be simple heirs, working with symbols that speak of a greater reality to come.

In fact, offering symbols is sometimes all we can do in this vastly complex world. Signs point towards one thing. Symbols do not point, but rather act as conductors between two spaces, between the transcendent and the imminent, the possible and the impossible, the material and the immaterial. When Jesus lifted the bread above his head and gave thanks for it, he moved it into symbol, into a liminal space between the physicality of the bread he was touching, and the meta-physical of the bread he was becoming.

As the body of Christ in a complex world, this should continue to be our model. As the community of the now-and-not-yet, the Pirates of the Charism, we should seek to live in the risky place of mystery, in the imaginative space of symbols. This is what the role of the priest should always have been – to stand symbolically in the space between the immanent and the transcendent, and conduct.

It is to this symbol life that students throw themselves when they protest. Some will say that marching is futile, but we have to believe that to march, to be seen to be present and in solidarity, is to present a powerful symbol that the status quo is not satisfactory, and even if we can’t change it easily, nor will we give the powers that be the satisfaction of getting away with things without voices of dissent being heard.

Do go buy the book – so many people have said so many kind things about it, and I strongly believe it’s an important message in these weird time. It’s provocative, stirring…and the perfect Christmas gift!