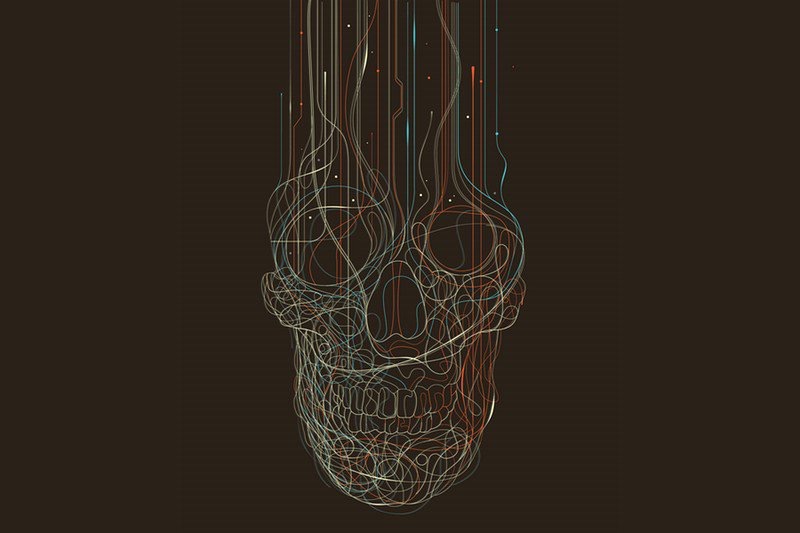 O’Connell is less interested in evaluating technology than in the people who make it and its philosophical implications. As he places the quest for immortality under the microscope, he follows the individuals—tech visionaries, billionaires, and futurists—who are trying to eradicate, or dramatically postpone, death. “I wanted to know,” he writes, “what it might be like to have faith in technology sufficient to allow a belief in the prospect of your own immortality.”

All of which makes for a fascinating review… though perhaps an incomplete one. Wiener notes that, “it is tempting to see transhumanism […] as merely the latest rebranding of a very old desire”… but goes no further to explore that ancient drive.

It’s this very point about the deep and dogged roots of this desire that I take aim at in Getting High. I haven’t read O’Connor’s book yet, but I hope he does too because it strikes me that until we are clear about the essential ‘why’ of transhumanism, we are unlikely to create technologies that have a postive impact on all in society, and very likely to do great harm.

Avoiding death has long been a project powered by the twin engines of religion and technology. As I argue in my book, what this boils down to is that they are, in fact, thus one and the same thing: the technology of religion is the religion of technology.

But this throws up some interesting questions. Those of us exploring theologies around the ‘death of God’ are basically encouraging people who have grown up with a hope for perfect eternity to abandon that, and accept life as imperfect and finite.

Yet what this piece makes clear – and what I argue passionately in Getting High – is that our task cannot be limited to the traditionally religious sphere. Why? Because the technologists are now promising exactly what priests once did, so our death of God thinking has to now apply itself to the machine age, to the cyborg era. As I write:

In our desperate drive to get high, technology and religion are one and the same. ‘Be perfect,’ the gospel says, ‘just as your father in heaven is perfect.’

The pomp around temple rites is done in the name of the Most High, but is, in reality, performed to sustain the status of his Royal Highness.

Fundamentalist and extremist versions of this model continue to blight lives across the globe, but even where traditional religious belief has waned, Nero remains strong. With acid and Apollo done, the big technology companies continue his game, shoring up their stock valuations by assuring us that we are slowly being lifted up to powerful godhood, that death will soon be put to the sword, that even if the sun dies a new utopia is coming.

Promising life and no death, these technologies – just as religions did, and still do – actually suffocate what life we do have. And Wiener recognises this:

This over-promise is precisely what religion has prospered on for so long, because the promise concerns what happens post-mortem… and thus tends to have very few returning to get their money back. The promise of technology has to function in a different way, and does so via the culture of permanent upgrade: this iPhone, this new iteration, this — the big glossy tech companies insist — is what is leading us onto perfection, and those who refuse to buy into it will be left behind.

Left behind. Recognise that phrase? Wiener’s conclusion is important:

As transhumanism gradually alters the length and quality of human life, it will also alter political and cultural life. If the average human life were to span 100 healthy years, then society, the economy, and the environment would be drastically transformed. How long would childhood last? What would the political landscape look like if baby boomers were able to vote for another 50 years? O’Connell’s foray into transhumanism comes at a moment when our democratic institutions look weaker than ever.

In a future such as this, smart theologians should not waste their talents on the small matter of religion. Ray Kurzweil, one of the most radical transhumanists, who wants to upload himself as a digital consciousness, says ‘people ask me if God exists… and I say, “not yet.”‘ How will we go about saving ourselves from this new divine power? How will we insist that overcoming our fear of death might well be what saves our lives?