This Isn’t About Europe, It’s About Squabbling Tories

As the debate on whether Britain should leave the EU comes to a head (and a rather ugly, festering one at that) I wanted to weigh in with a few thoughts on why I think it is absolutely right for Britain to remain, and why it would be a selfish act reminiscent of the worst of our history to vote to leave.

First up: what has been shocking about the way this has unfolded is that a total side issue (way down the list on priorities in all polling for recent elections) has now become a defining issue. Why? Because the internal politics of the Conservative party have made it so. In order to appease those on the UKIP side of the party, this has been inflated as an important matter. Nationally, it is not, or was not…but the tail has wagged the dog.

This matters. When you hear Boris Johnson arguing passionately about the EU, he is – in a cold and calculating way – simply working his way towards being Prime Minister. It wouldn’t be out of place in a storyline from House of Cards. Thus, I think it would be quite right to say that a vote to remain is an important way to show that we will not be held to ransom as a nation by the internal machinations of a power struggle between two Old Etonians.

Why Aren’t We Hearing About Human Rights and the Climate Crisis?

If we are going to have to have a debate on Europe, we should be talking about the massive advantages to workers’ rights and the equality agenda that Europe have led on. Similarly, in a world in the midst of a truly global, truly existentially important environmental crisis, we desperately need leadership at super-national level. Legislation on CO2 emissions and reductions in fossil fuel use are simply not going to happen where there are myriad smaller players around the table, fighting for their own little corner.

Perhaps understandably, because this is a Tory spat, these are not issues that interest them anyway. The focus has been made ‘economics’ and ‘immigration,’ simply because these are the dog-whistle issues for a party who wouldn’t mind rolling back legislation on maternity rights or equality, or not having to be so stringent on emissions.

This poster from Dezeen sums it up well. Murdoch would like nothing better than to isolate Britain so that he can exercise even more power over it for his own gain. 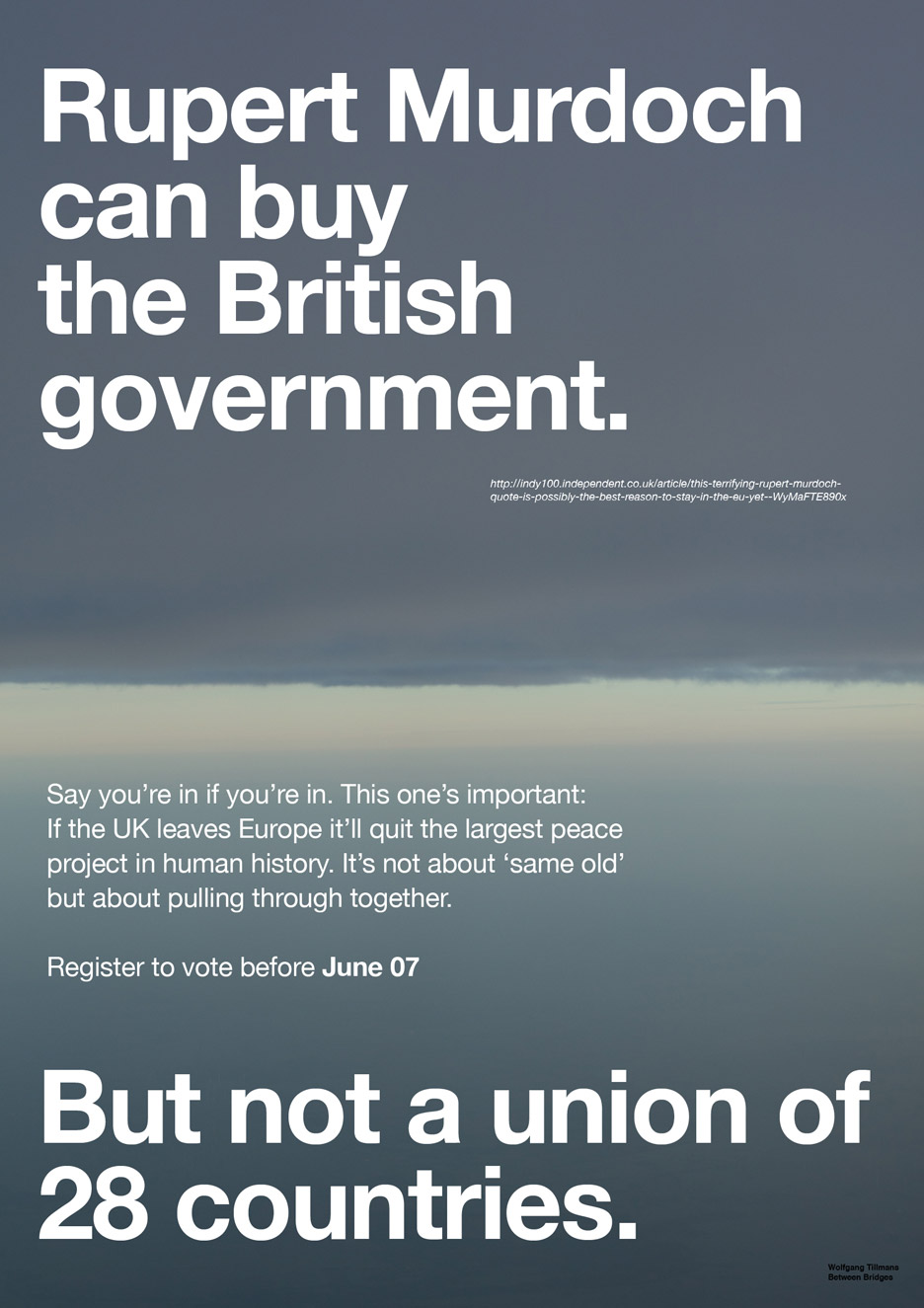 Britain: Weaker In Europe… And So We Should Be

However, given that this is where Boris Johnson and Michael Gove have taken the debate, what about economics and immigration?

Let’s be quite clear: Britain is an extraordinarily wealthy country. It covers less than 0.05% of the world’s land, and yet is the world’s 5th largest economy. We have risen to this place of power and privilege on the world stage, and much of the arguments on both sides are about how to remain there. Campaigners from both sides want to talk about how proud they are to be British, how strong we are as a nation, how proud and resilient. What they don’t want to talk about it how we got to this position.

Britain is wealthy and powerful because of the still-lingering legacy of our empire. The torrid truth is that we became rich by powerfully subjugating other, less developed nations, and raiding their natural resources for our own gain. India. The West Indies. East Africa. The Middle East. The Americas. We did not get to this position without the exploited labour and resources of countries very far away from our own.

In an odd way, we didn’t make Britain great, they did.

Yet, having propagated global capitalism and the associated free movement of materials – and done fantastically well out of it – those campaigning for Brexit are now proposing to pull up the drawbridge and lock away that wealth to stop it being shared with others.

The repeated message from Brexit concerns the (disputed) figure of £350m that we send to the EU each week. They want us to keep this money for ourselves, to use it to further strengthen Britain.

In the context of our history, I think that this is immoral and unjust. Whatever the true figure, we do send vast amounts of money to the EU each week, and to that I say: quite right too! We had a spectacular run of being the centre of a vast wealth-generating empire, and now it’s time that we did what is right and shared that fortune more equitably.

We should not be behaving like an imperial power. We need to be collegiate, and generous to those who are struggling to grow and develop. To leave Europe, rather than take a lead in Europe, is disgracefully self-centred and blinkered. 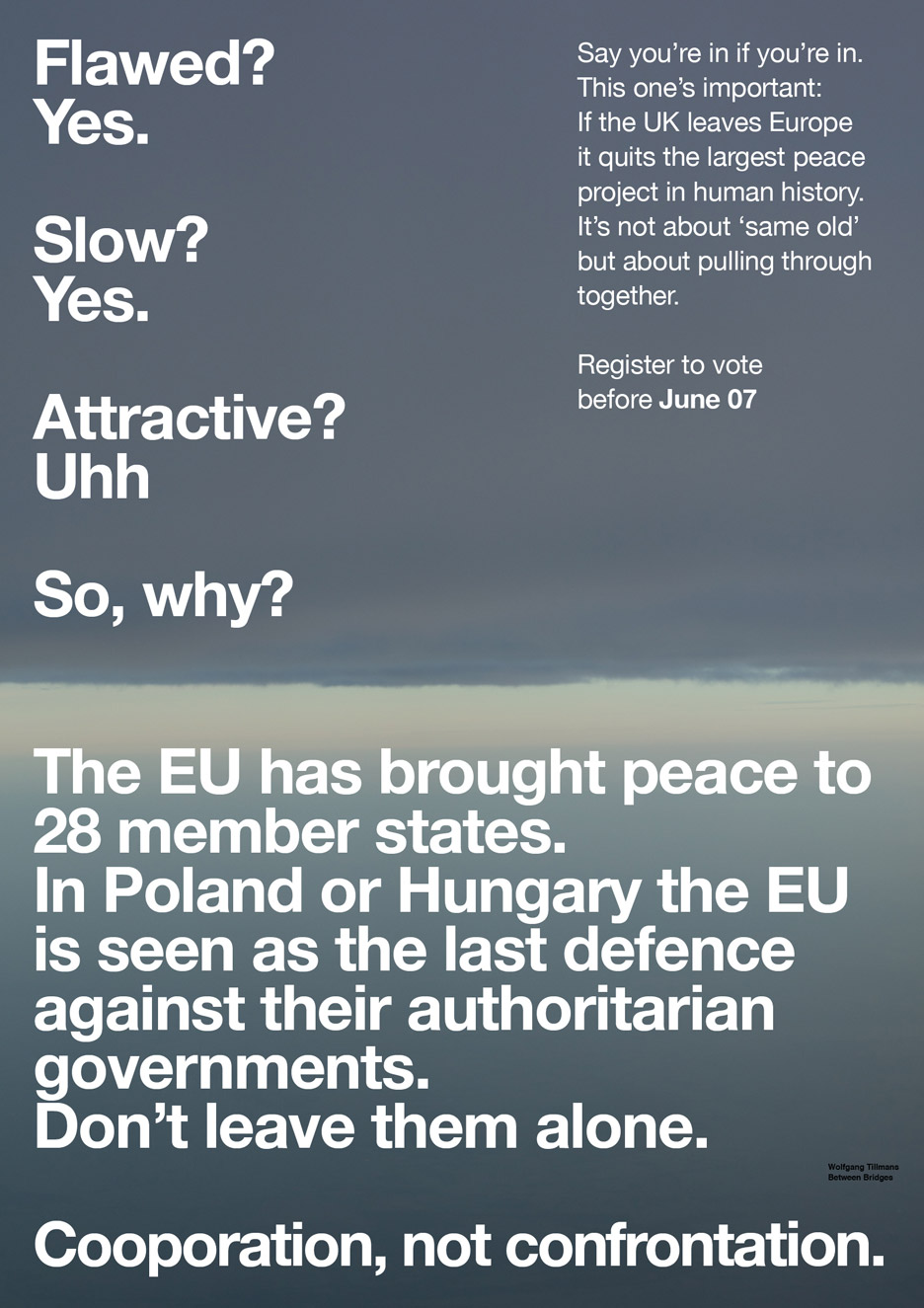 For this reason, this should be how we see the immigration debate too. Of course huge numbers of people want to come here. Why wouldn’t they? If you had had your nation systematically undermined for generations, wouldn’t you? You cannot make economic arguments based on capitalist principles of free markets without supporting the free movement of people within those markets. To do so is grotesquely hypocritical. It is to say that we have a right to exploit weaker nations for their resources in the past, but no responsibility now to care for the weak who flee those nations in search of a better life.

So yes, perhaps Britain would be weaker in Europe. But if it were, that would be no reason to leave. To vote for isolation when the going gets tough, when it starts to cost too much, is the worst face of our island mentality, and the most obnoxious hangover from an empire mentality.

Yes, there are reforms that are needed to EU bureaucracy, but the true character of a nation should be shown in how it works to lead, not to isolate itself from struggling neighbours.

This is why I don’t think it’s fallacious to make the comparison with Boris Johnson and Donald Trump. Both want deal with the massive economic and social inequality that is the driver for movements of peoples by building walls to keep the wealth in, and those who are poor out. Both are men of huge privilege who preach a message of purity and separation – and use dog-whistle politics to whip up fear. (For those of you who’ve read my book Mutiny!, you’ll pick up on this an example of an enclosure of riches… so watch out for the pirates.)

I’m no massive fan of John Major, but he is absolutely right when he says that the Leave Campaign is “deceitful, untrue, depressing, awful and verging on the squalid.” The motives for those running it are base and questionable, and come from people who have a track-record of despising the poor, the disabled and the weak. These are men who lower taxes for the rich, paid for by cutting benefits to the poor. And it is this ideology that wants to allow the NHS to be privatised, because they simply don’t believe in structures that legislate for equality.

So yeah, I believe it would be a disaster for us to leave the EU. No, not necessarily a financial one, but a moral one and a cultural one. Not only should we stay, we should willingly pay for the privilege of doing so. 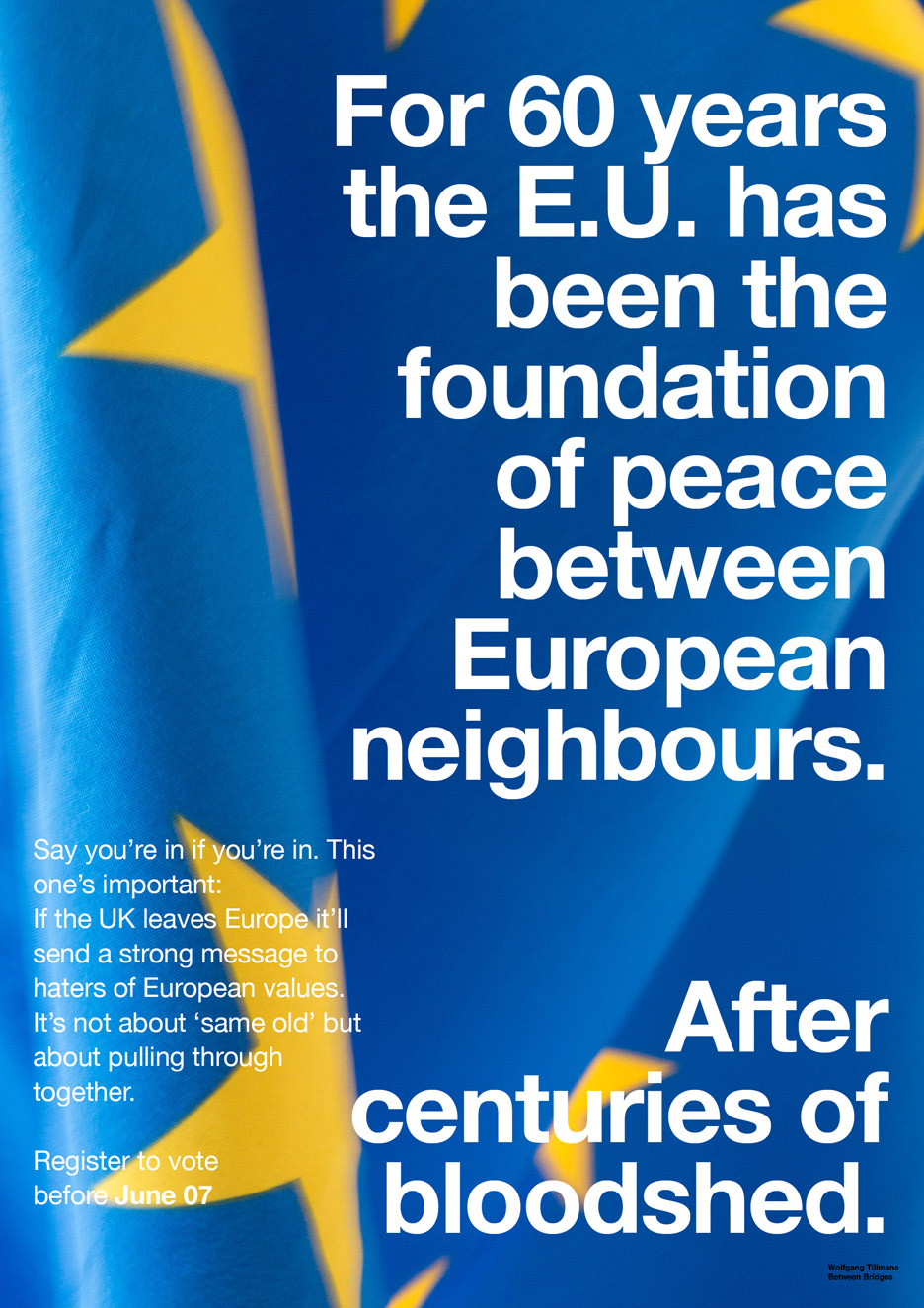