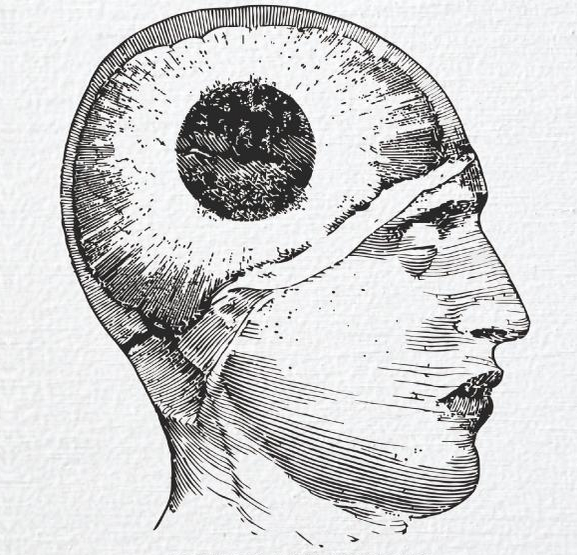 I’ll cut to the chase: if you are at all interested in what theology is — and who we are as people interested in it — then you should read Tad Delay’s God is Unconscious. Go buy it here (UK) or here (US).

It’s perhaps the ideal Good Friday read because it gets further to the heart of this trauma in the divine than any exposition of the crucifixion you’ll pick up. Part of the reason for this is that Tad is very smartly allowing theology to be ‘read’ by psychoanalytic theory — that of Lacan in particular. Thus theology is not allowed to comfort itself, but instead is forced into a disturbance by a world that is very different, but deals with similar issues.

The other reason lies in the title. Taking Lacan’s phrase, ‘God is Unconscious,’ Delay is playing between the twin meanings,

‘the first evoking the image of a figure literally knocked unconscious by the incendiary critiques of materialism and the second evoking the a unity between what we call God and demands of our unconscious register.’ (p. xviii)

On Good Friday, we remember the first of these meanings: God battered into unconsciousness. But as we do so, what Tad is encouraging us to reflect on is this second meaning: the unity between ‘God’ and our unconscious register.

Tomorrow Pete Rollins is due to debate Tony Jones about Tony’s new book Did God Kill Jesus? I’ve not read it, so can’t comment in detail about his conclusions, but I’d like to offer an observation from Tad’s work that I think gets under the skin of this question.

For some, the question will be answered in the affirmative: yes, God killed Jesus. But because Jesus was God, then actually it turned out that this was an act of loving service / sacrifice.

For others, the question will be answered in an inversion: no, Jesus killed God. In a ‘death of God’ line of thought, Jesus puts God to death on the cross, leaving us free to move on from the ‘infinite demand’ of this Big Other.

What I love about God is Unconscious is that through Freud and Lacan, Tad offers up a third answer: Of course God killed Jesus. The reason why this innocent man was put to death was because of the many and various gods that those around him were bound to serve. Bound in obedience to their unconscious desires, they turned their trauma onto him.

In fact, we do this all the time. Delay writes:

Nietzsche asked what was left to be said after the death of God? — we the murderers of all murderers, who will wash holy blood of our hands? How now does the Übermensch cope with anxiety when there can be no festivals of atonement? This is our question today, for where does society turn when it can no longer name the big Other?

The answer, of course, is that gods do not die but instead only change forms; if gods could die, they would know it. Belief gets into us, and it stays with us irrevocably. (p. 133)

Good Friday is perhaps where psychoanalysis and theology meet and are disturbed by each other. We remember the putting to death of God, but we should also reflect on the myriad gods that continue to regenerate in our unconscious, that continue to cause trauma and lead us to act in ways we regret.

This has been a theme of my own work recently. In the latest edit of Getting High that I’m currently working on, I explore how this throws new light on the resurrection too:

This slaying of God, as I have found among friends and interlocutors, is something that many find too horrific, too challenging to face. But once the illusion is unveiled, face it we must. Doing so will be an ongoing work, one that we must incorporate into ritual.

As orthodox Christianity shows the problem of God is that God keeps on being resurrected. God is the zombie we struggle to be rid of, the ghost that continues to haunt. This undying God springs from anxiety about our own death, and from this jumps this fantasy of our enduring spirit. The idea that we won’t die is the idea that won’t die.

This should be our focus as we walk through Easter. ‘Do this in remembrance of me,’ Jesus said. And it is to this conscious act of memory, of recalling our past, of reflecting on our anxieties and neuroses, that we should commit ourselves. It is in doing this that we follow Jesus’ path and keep putting these gods to death, knowing even as we do so that new ones will be resurrected.

Tad had mentioned online that I was, in a small way, responsible for urging him to write this book. If I did, I’m bloody glad. This is necessarily a work of academic poetry, dealing with two areas of thought the refuse empirical probing. It’s beautifully written and, though not an easy read — how could it be? — is very richly rewarding.