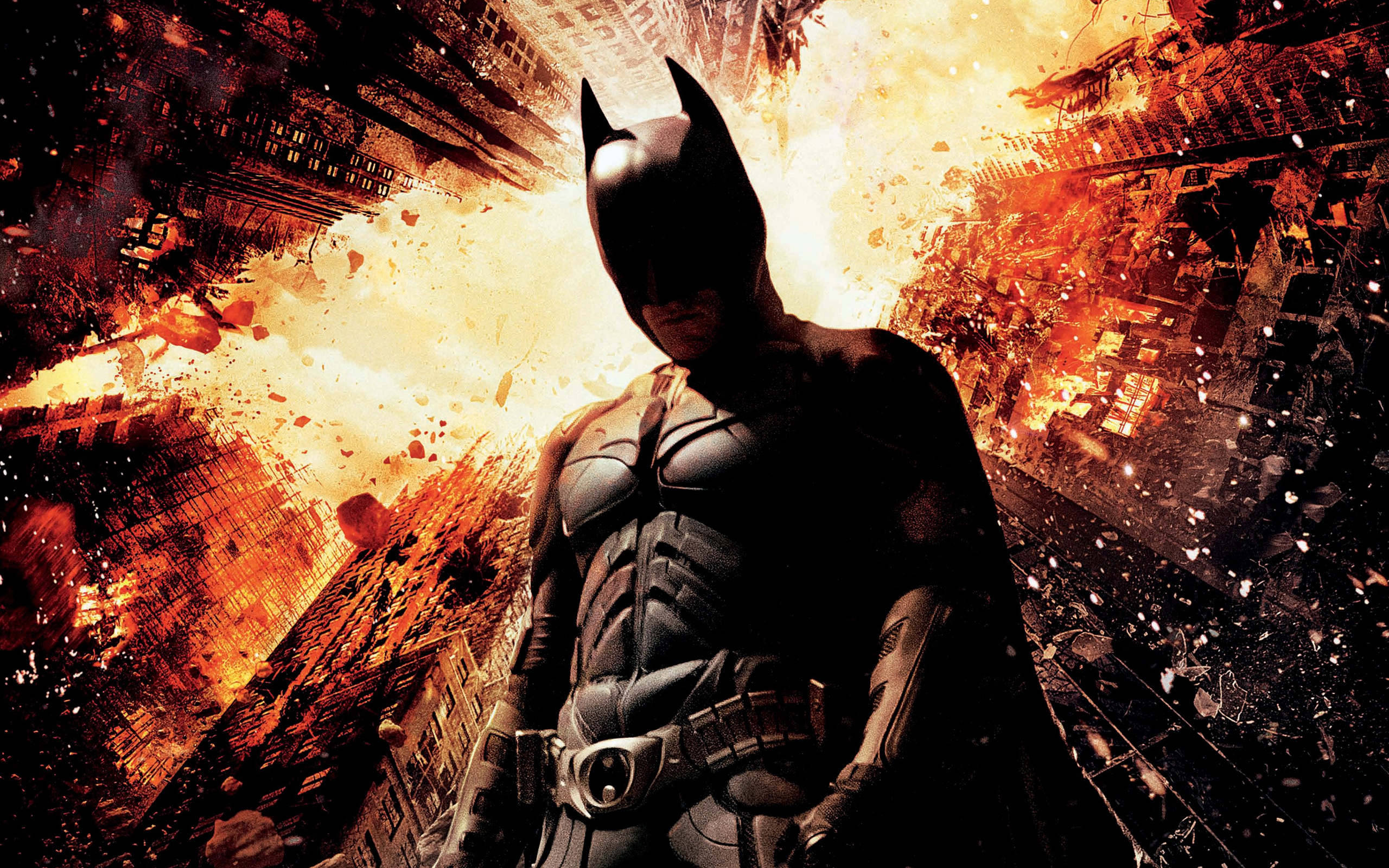 In the wake of the horrific attack in Woolwich last week there is an urge to find ways to understand. I’ve tried to take some time in doing so… Some have turned to history, some to religious texts, but convinced that our best works of art can be taken seriously as comments on the human condition, I’ve again found myself thinking about Batman. While Clegg and Cameron struggle to articulate a response to a new mode of terror, Christopher Nolan may well have surprisingly laid an laudable foundation, though one that only strengthens what Shakespeare explored when he wrote at a time of fragile national security.

At the end of The Dark Knight Rises – the last film in Nolan’s recent trilogy – Batman is facing a crisis like no other. The city he loves is in the throes of another terrifying attack by those who condemn it as corrupt beyond saving. It was bad enough when ‘Ra’s al Ghul’ nearly killed everyone by poisoning the water supply, and awful when ‘The Joker’ started his spree of violence, but this is destruction on a whole new level. Gotham is cut off from the rest of the world and held hostage with a huge weapon by the super-evil Bane. Society has collapsed, criminals are staging trials and citizens are terrified. There has been enormous bloodshed.

The heart of Batman’s predicament is this: it is not that he doubts that he can somehow rescue the city and save the day, but that he sees that, no sooner than he does, a new enemy will rise up to challenge him. In a strange way, it is as if Batman created Bane, and as long as the superhero Batman exists, new supervillains will continue to emerge to try to destroy him.

What should he do? Strengthen his weaponry? Ramp up his power and go in even harder against those who commit these crimes of terror? No. He fakes his own death. His – and Nolan’s – powerful insight is this: if he truly wants to save the city that he loves, he needs to give up his super-powers, for only then will his archvillains find themselves pushing against the wind and falling, their motives for oppression hollowed out.

If Nolan’s story were a one-off we could note it as interesting and move on. But, as I have explored in After Magic – Moves Beyond Supernature from Batman to Shakespeare – what is fascinating is that this move by the powerful to relinquish power is a pattern we find in scores of other stories, right across the canon of literature. The clearest example is perhaps in Shakespeare’s final play The Tempest. Abandoned by his brother and the King on a far-off island, Prospero perfects his magical arts and uses them to whip up a storm that brings his enemies to him. Using enchantments he brings them low and works to re-establish his place in Milanese society. But, most interestingly, at the end of the play he abandons his powers and rids himself of his wand and magical texts:

“This rough magic, I here abjure… I’ll break my staff, bury it certain fathoms in the earth, and deeper than did ever plummet sound, I’ll drown my book.”

(This burial of a wand will be familiar to Harry Potter fans too, for it’s exactly what we find Harry doing at the end of the series of books: burying the all-powerful Elder Wand in Dumbledore’s grave. Interestingly, from that point on, Harry performs no more magic.)

Why does he do this? Why would Prospero abandon magic? Scholars will tell you that it is because he realised that the power magic had given him had dehumanised him. Like Batman, like the ‘power beyond magic’ that Voldermort could never understand, Prospero saw that love for his daughter was more important, and that his super-power had been a corrupting force in his life. It needed to go.

What possibly could this tell us about a war on terror? Jihadis seek the establishment of an idyllic Islamic state, based on the worship of God, ‘The Compassionate and Merciful.’ That these ultimate values of compassion and mercy become so obscured in the struggle to achieve them is a pattern typical of all fundamentalism. Fundamentalists give too much of themselves over to some higher idea, and this ‘over-belief’ ends up dehumanises them and turning them into someone who tends to live out the precise opposite of the life they aspire too. This is the heart of Batman’s dilemma.

We see the exact same pattern in Christian fundamentalism, where Jesus’ summary of the Law as ‘love they neighbour’ has been interpreted as an instruction preach that ‘God hates fags’ and that Hurricane Katrina was God’s punishment for ‘fornicators.’ We see the pattern repeated in Jewish fundamentalism, where God’s desire in Isaiah chapter 58 to ‘loose the chains of injustice,’ ‘set the oppressed free,’ and ‘share your food with the hungry,’ has somehow become a mandate for radical settlers to perform illegal land grabs in the West Bank.

But, lest we think that this is simply a religious problem, we have to understand that the exact same pattern is seen in those who are slaves to consumer capitalism. The promise is held up: work hard to achieve the good life, material comforts, a loving family and great holidays. But hasn’t over-belief in this blinded us too? The interminable hours at the office, even though we know that this is shaving years off our lives, even though we know it is killing our marriages and cutting us off from the children we hardly see?

Over-belief – fundamentalism – is not a Muslim problem, nor even a religious one. It is an all-too-familiar human one, and one that each of us needs to address if we are to tackle the terrors that it raises.

It is a question that Shakespeare addressed in the tragedy of Macbeth. Written for James 1 exactly around the time of the Gunpowder Plot it is thus a play that speaks to power and terror, and is a tragedy because it shows the terrible destruction that can occur when someone believes too much.

At the famous opening of the play, Macbeth and Banquo are both addressed by three witches; Macbeth is completely absorbed by their words, and considers them to be them as supernatural prophesies that thus cannot be questioned. In philosophical terms, the witches’ words create an ‘infinite demand’: if God has told Macbeth that he shall be king, then Macbeth has no choice but to act towards that, and thus his terrible violence to bring that prophesy into reality are not only fully justified, but he cannot be criminally responsible for them. It is the same ‘infinite demand’ that drives Jihad.

In The Tempest, written a few years later, Shakespeare moved from a tragedy about over-belief to a triumph centred on relinquishing super-power. Macbeth was blinded by magical words, spoken from the supernatural, and his blind devotion to following them ended in terrible bloodshed and grief. With his raising of a teffitying storm Prospero’s life looks like it is heading this way, but his brave move to lay down power ultimately brings about freedom for the whole cast.

This journey to a place beyond super-nature, to giving up what we hold deeply because of a higher calling to love other people, is a tough one. But what these archetypal tales from some of the greatest works in theatre, film and literature suggest is that it is the road of relinquishment that leads to peace, and the road of greater commitment to our powers that leads to greater violence.

In a parallel of Batman’s self-sacrifice, there is a radical stream within Christian theology that celebrates Jesus’ death on the cross as precisely this sort of move. It is God relinquishing God, and with God’s death comes the death of the infinite demand, and thus the death of the very possibility of fundamentalism. Why would God do this? Surely for the same reason that we see in all these great works: because of the higher power of love. God sees the corrupting effect of religion, the way that over-belief can lead to dehumanisation, and dies in order that religion might die and love live on.

In political terms this suggests that if we are genuinely interested in peace we have some tough moves to make. Firstly, we are foolish to try to deny that there are no violent elements in our holy books. There are. The Bible and the Qur’an contain unsavoury passages, just as the ancient Hindu scriptures do too. But in all of these books it is sacrificial love that prevails over violence, love that loves ‘the other’ even if this means relinquishing what we have held so dear.

Secondly, all of us, religious or otherwise, need to consider what demands are being made on us by our ideologies. It is so ubiquitous we hardly see it, but capitalism can place a large and dehumanising demand on as much as religion can place an infinite one on the fundamentalist, and the military insistence of consumer capitalist expansion is one dehumanising effect that we have to confront. There needs to be a move to critique fundamentalist elements from all communities – Christian, Communist, Zionist, Muslim, Capitalist or Atheist. This ‘war on terror’ will never be won so long as it is framed as a war between battle-hardened fundamentalist ideologies.

Until we do allow this internal critique our different codes will continue to produce violent oppositions precisely because, as history teaches us, those who venerate gods also raise devils. If we only declare the Woolwich murderers evil and consider ourselves and our politics unimpeachably holy, we close down the possibility of listening to any valid grievances that they have so horribly acted on, and thus greatly increase the likelihood of more such acts being committed in the future.

Perhaps Cameron is right: in the face of terror such as this we must declare that we will never negotiate with terrorists. But perhaps too we need to resolve to negotiate with ourselves, and be prepared to lay down the weapons that we hardly know we wield. Like Batman, like Prospero, like even Harry Potter, we all need to climb down from our places of power, lay down the powers we have worked so hard to gain, symbolically bury our most treasured texts certain fathoms in the earth, and learn again, among the rubble of these infinite demands that we topple, how move beyond them to a higher place: to love.

This is a huge task, and one that will require spiritual, political and social courage. But if, as the Christian story suggests, God even rid himself of God, we should not hold back. We need, like Batman, to be prepared to slay the superhero persona that the West loves to play, to be vulnerable, unmask ourselves and learn, like Prospero, to live in a world ‘after magic.’