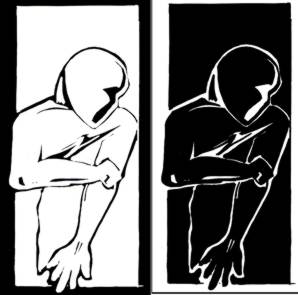 Tad Delay has written a great couple of punchy paragraphs thinking about Boston, radicalised youth and the problem of religion within empires.

What town in America goes a single year without producing young men who – amidst the college-aged angst of life directions, relationships, or career fears – turn to religious fundamentalism and/or militant violence? We applaud them for it as long as the religion matches ours and the violence can be packaged and exported.

Religion is a function of economy. Economy is how we divide up resources. Empire is what happens when one group holds all the cards. Empire creates two poles of extremism, one at home and another abroad. We love the drama. As Heidegger said, only a god could save us.

These are precisely the themes I tried to get at in After Magic. I’ve little doubt that in the subsequent trial and coverage the words will be spoken that ‘god told them to do it,’ and that this was a logical conclusion of following an Islamic faith. And, on the other side, people will say God Bless America…which means what precisely?

What is clear that, while they remain tragic and horrific, these events will continue to occur with some frequency. I’d agree with Tad and say they were pretty much the inevitable side-effect of global consumer capitalism and the military-industrial nation state. Groups will feel alienated, they will turn to violence as violence is what has been modelled by their leaders / pioneers…

Religious fundamentalism / militant violence / fervent nationalism: they are all large-or-infinite demands, and what I’ve tried to argue in After Magic is that these large demands tend to dehumanise us. Whether it be an obsession with career or an obsessive devotion to a company or brand, when we begin to be affected by the gravity of large demanding systems we become less human. The problem with religion that I try to interrogate in After Magic is that the demand can become infinite… and thus if god declared that America was a sinful nation not living according to Allah, then what are a few deaths in pursuit of doing god’s will?

Tad goes on to say that:

Christianity is the idea that says this: if god were to come down from the heavens and try to fix the world, we would kill god.

I’ve been mulling on this, and on the ‘death of God’ theology that was discussed so widely at the recent Subverting the Norm conference I went to. The real test for any system of thought is not how it deals with the ordinary and mundane (though this is important) but also how it can deal with a ‘Boston-style’ event.

What I feel After Magic does is make some head-way towards a theology that can do this – and it does it by considering the death-resurrection events in terms of removing this infinite demand, and the subsequent development of communities who live out a very different ‘prestige.’

All religions develop over the centuries, and all religions go through periods of asceticism, empire building, followed by periods of mysticism and inner transformation. What I think it unique about a radical Christianity and what makes it the most psychologically mature religion is that it is the only one that has learned to embrace its own death. (There are brilliant kernels of this in Buddhism too – which is why one sees great monks like Thomas Merton synthesising the two towards the end of his life.)

Perhaps we shouldn’t be talking so much about a Death-of-God theology as a God-Of-Death theology: radical theology brings people to grief for the death of infinite demands, draws them on in emancipatory hope to self-determination and self-organisation and a ‘prestige’ that brings the life of god back among us without the dehumanising demand. It’s in this place that both the fundamentalism of the Islamic terrorist and the terrifying funda-capitalism of American society are resolved.

This is a place of psycho-spiritual maturity, but it is not academic or over-complicated. What it will draw on though, which is why I’m such a big fan of the direction of Tad’s work, is a full integration of psychoanalytic ideas into religious and political thought.

Some questions that might be asked in light of this could be:

Does the US have a particular issue with fundamentalist Christianity / school shootings / weaponry because it has a constitution that fetishizes the pioneer spirit and locks people into immaturity?

Is it possible to frame these acts of terror as corporate acts of ‘self harm’? Those who self-injure do so to fulfil a number of functions – including coping with anxiety, stress, emotional numbness, low self-esteem or perfectionism. Self-harm is often associated with a history of trauma and abuse… (From Wikipedia) Is terrorism / school shootings a ‘lashing out’ against itself of a corpus who sees the horror of consumer culture and planetary alienation and just wants to feel…something?

What is clear is that orthodox theological and political thought has failed to deliver as regions have radicalised and communities continue to be hurt. It’s a small offering I know, but After Magic does try to think big and find a new way forward – and my hope is that others who know more will be able to build on it.