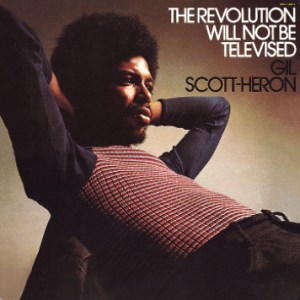 Occasionally two things from the news catch your ear and resonate together. Today it was the news that Obama has cancelled Nasa’s new moon programme. And [ht Barry Taylor] that Gil Scott-Heron is back with a new album.

The connection? I’ve always loved Scott-Heron’s early, hard-hitting social commentaries. And the lyrics of ‘Whitey on the Moon’ just seem so appropriate in these tough economic times – especially post Haiti’s earthquake – that I wondered if Obama had been listening when he made his decision:

The racial context of 1974 America, into which the album The Revolution Will Not Be Televised was clearly different to that of 2010. But ‘whitey’ still exists in other guises: the greedy bankers, the tight landlords, the traffickers and corrupt politicians – all of those who would divert money away from just causes to fulfil their own agendas.

Actually, I think the original Apollo missions turned out to be good value, but I can’t see that these would be. So it’s a good decision by Obama. Let’s just hope the money that is saved goes into welfare programmes, not weapons.