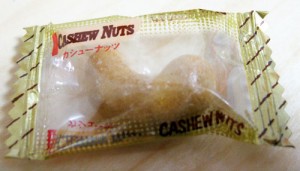 I am a stranger in the US. But, as Georg Simmell says, perhaps strangers can offer insights that natives can’t see. Not that these things aren’t also problems in the UK. But that’s for some other stranger to point out.

The first thing that’s hit me each time I’ve come here is the huge number of laws. Everything is ‘legalised.’ The second thing is the packaging.

I go for breakfast. I am eating in. But still my sandwich has to be wrapped in paper, then in foil, then in more paper, and put in a bag, on a plastic plate on a tray with a paper-slip cover, with plastic cutlery in a cellophane wrapper. In the hotel room I stayed in on the first night the glasses were covered in pieces of paper, each thing given it’s packaging, it’s protective cover.

The waste is one thing: it’s monumental. But I don’t think that this is simply a case of indulgent waste – we can so we do. Instead, I think the obsession with packaging is about dirt. Wrapping everything up in plastic and paper, layer after layer, is a way of assuring people that what they are touching is clean, has not been sullied by an-other. Disposing of it straight away is not simply about convenience – it means that each thing we use/touch is new. Not washed by someone we don’t trust in a kitchen we can’t see – but new.

And I think that this is what connects these two excesses. Both the huge layers of laws and the endless layers of packaging point to a deep fear of dirt. And I’ll summarise what I think that points to in one last post.