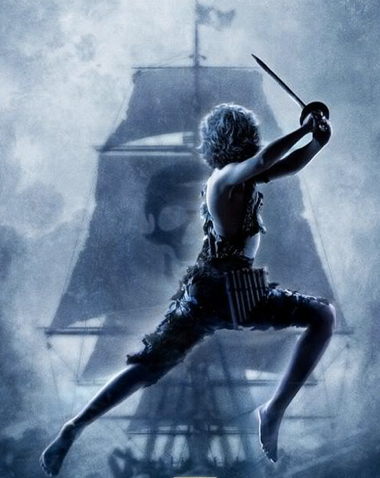 We began this series with a question – why is it that we are happy to allow our children to go to pirate parties, and involve themselves in all sorts of pirate-related nonsense, when these are basically no more than violent thieves? We don’t put on GBH or Aggravated Robbery parties.

We have seen since that pirates function as shadows of ‘blocked’ societies: that they emerge from the detritus of capitalism or imperial Christianity. Initially seen as heretics, their activities actually hold within them the key for unblocking that society, and thus for retentive orthodoxy to be reinvigorated and liberated – to emerge from the shadows.

So, to complete the circle: why is it that children are fascinated by pirates – and, connectedly, why are we as parents so happy for them to engage in piracy? I believe it is because every parent knows that one day their child will have to make their own way. Every parent knows that for a child to individuate they must, in some faithful way, rebel and commit heresy. Pirates offer our children a taste of this journey, and thus carry with them a hope that heresy will change both parent and child, and that liberty will result.

Perhaps the best example of this process is in the story of Peter Pan. Ostensibly about ‘the boy who never grew up,’ it is really about Wendy, ‘the girl who realised that she had to grow up.’ Peter Pan comes to Wendy and her siblings, and they fly off away from home into the night. On arriving at Pan’s home, Wendy immediately takes on the role of mother figure.

But Peter Pan is really just a vehicle, a way of getting Wendy into a situation in which she realises the role that she has to grow into. And who is it who really disturbs the system and forces her to see that she must return to London and stop being a child? Captain Hook and his pirates. Moreover, it is a crocodile with a ticking clock in its tummy – what more obvious symbol could Barrie have come up with for her bodyclock? – that drives the action forward too.

Wendy does return to London, but Pan and the ‘lost’ boys will not stay with her and become adults. In a later edition to the play, Barrie inserted an epilogue that showed that Pan came back to take Wendy’s daughter away, and had also taken her mother too. The cycle will go on for ever: children must leave their parents, commit the heresy of abandoning them, and go with Pan to be taken by pirates… But in this heresy they begin to see that they too must return home and become the new orthodoxy. It is the cycle of life, and without pirates, it would be neutered.

So, finally, where does that leave us with our modern-day pirates? What does that suggest about our attitudes towards Somali pirates or the DVD rippers? Put simply, it suggests that we should reflect on our own society that has spawned them, and try to see where it is we are ‘blocked.’ For their heresies are simply natural reactions, designed to challenge our dying orthodoxy, and reinvigorate it with new life. Where there are pirates, there are shadows to be examined.