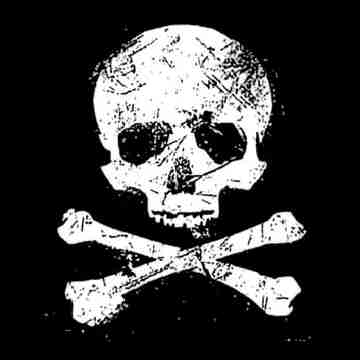 Following a piece I recently wrote for Third Way magazine, and a connected talk at Greenbelt, I wanted, over the course of a few posts, to set out some of the ideas around piracy that are percolating through the new book.

We begin with a paradox: why do we encourage our children’s fascination with such violent and morally disturbing characters? My son (he is now 5) has been invited to countless pirate-related parties. He has never been invited to a children’s party with an aggravated robbery, GBH or pillage theme. Amazon lists countless pirate-related books, duvet covers and other regalia. I can find nothing on thievery for children.

So what is it about piracy that makes children’s pulses race, and corporations’ blood boil? Certainly, they are getting everywhere. The Pirate Party of Sweden have a seat in the European Parliament. Pirates are threatening to take down the whole of Hollywood, as well as the safe passage of nice cheap goods and oil through the Gulf of Aden around the Somali coast.

But none of this is new. People have been fascinated by these sea-faring thieves for hundreds of years. In 1724 one Captain Johnson – whose actual identity is still something of a mystery – wrote the fabulously titled book A General History of the Robberies and Murders of the most notorious Pyrates. Sold in a small bookshop in the shadow of St Paul’s Cathedral, it was an instant hit. So why, when St Paul himself had urged the faithful to think on the good, the pure and the lovely, were good Christians of London ignoring the divine contemplations on offer in the very same shop, and opting for graphic descriptions of murder, plunder and rebellion – as well as two revealing plates of women pirates? And what could all of this mean for our own faith?